“Memory is not what we remember but that which remembers us. Memory is a present that never stops passing.”
Octavio Paz

It all began one morning, many years ago, in front of a newsstand in Milan. A boy from the province of Cremona, his eyes staring at a badge representing his favourite team; a few liras to feel like he owned a feeling. A memory, or, as written by Octavio Paz, a present that never stops passing. Over the years, that boy has become one of the most famous and respected collectors of sports memorabilia. Onorato Arisi’s emotions, however, are still the same he felt when he was a child, so much so that he turned that badge into the first chapter of a story made of love and patient research. He collected thousands of objects and memorabilia (some of which are extremely rare and have great historical and emotional value) – with the collector’s passion and the historian’s expertise – and these have been the fil rouge of sports exhibitions and museums. A sort of “Uffizi” containing sports memories, if we are allowed to use a bit of hyperbole. The Memoria Sportiva Foundation (created in collaboration with Antonio Giliberti) and Antonio Biondino’s Spherix have gathered some of these memorabilia (carefully selected by Arisi himself) into this website. One may claim that these are just objects: if we look at them with the soul’s eyes, however, they tell us a story of sacrifice, amazing moments, adventurous lives, victories and defeats. They represent history and grant us the privilege of being part of it, even just for a moment, by means of our memory.

Let us imagine being like that child in front of the newsstand, amazed by that same feeling.

About us
Spherix Memoria Sportiva Foundation 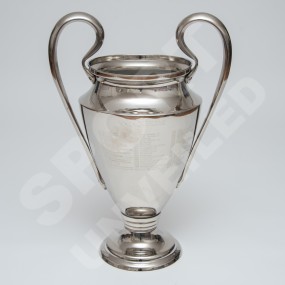 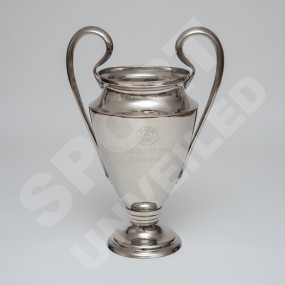 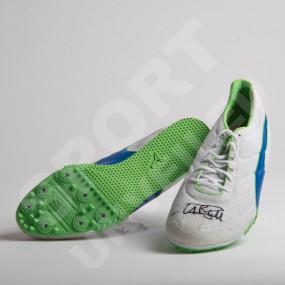 The amazing Jamaican sprinter Usain Bolt has always given away a single shoe. The Memoria Sportiva Foundation is the only institution to own both of them. 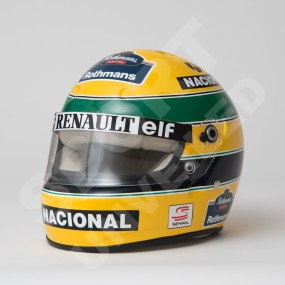 A memorabilia of great historical value in the world of sports that belonged to one of the most beloved and celebrated pilots in the history of Formula 1: Ayrton Senna died tragically in Imola, in... 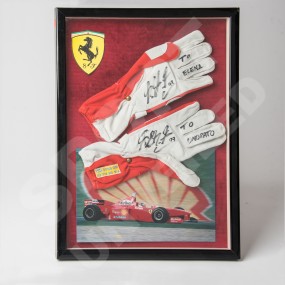 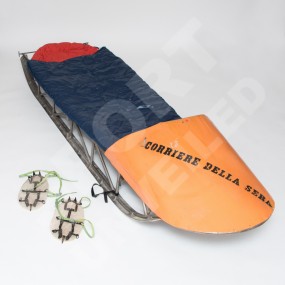 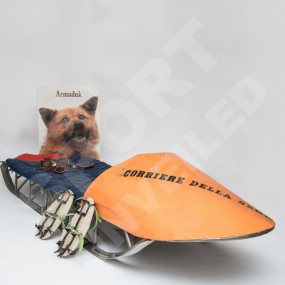 Ambrogio Fogar tried to reach the North Pole together with his loyal dog, Armaduk: his attempt failed because of an iceberg that prevented him from completing the expedition. 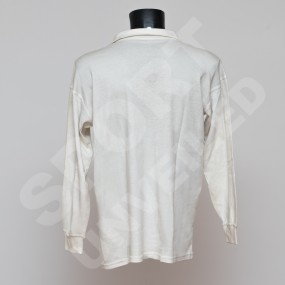 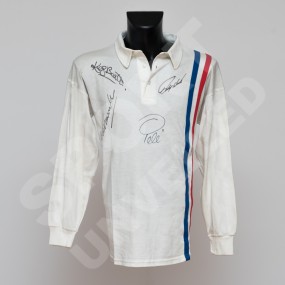 Pelé’s shirt from the movie "Escape to Victory"

In 1981, John Huston directed what is perhaps the most famous football movie. “Escape to Victory” is loosely based on a real event (a 1942 match played in Ukraine between Luftwaffe pilots and a mix... 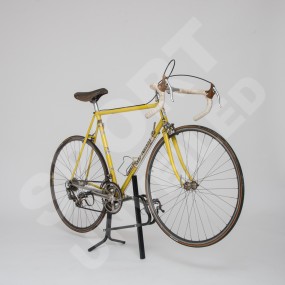 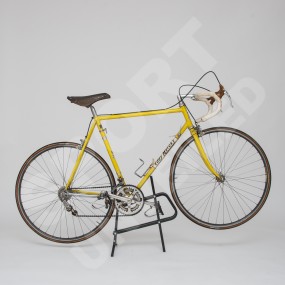 His victories include an unequalled eleven Grand Tours (five Tours of France, five Tours of Italy, and a Tour of Spain), all of the five Monuments, three World Championships, the hour record, every... 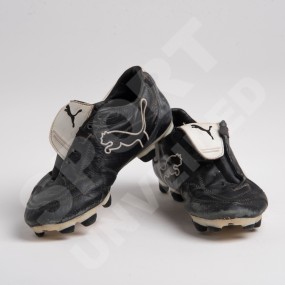 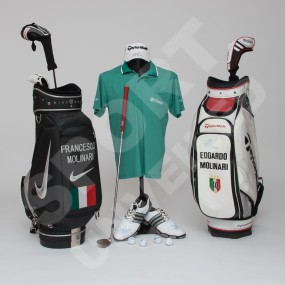 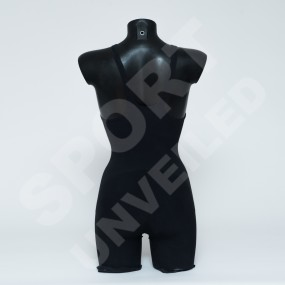 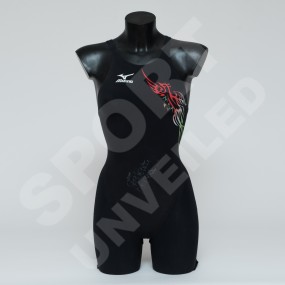 Shangai 2011: Federica Pellegrini wins the 200- and 400-metre World Freestyle Championship and repeats the success obtained in Rome in 2009. A new chapter in the extraordinary career of the... 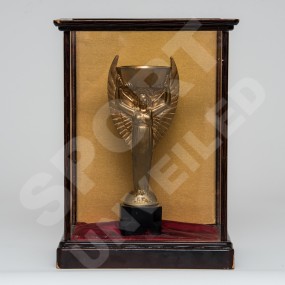 This reproduction is the only one in the world to have been taken from the original mould. After Brazil’s victory in 1970, the Rimet Trophy was definitively given to the Brazilian Football... 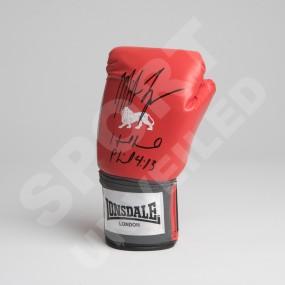 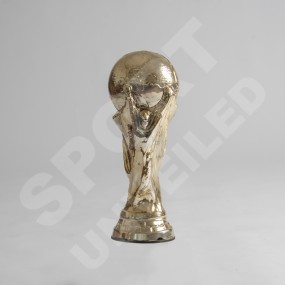 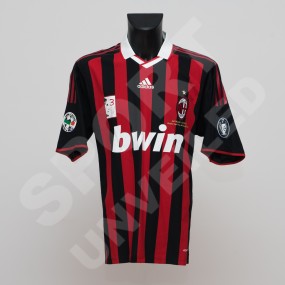 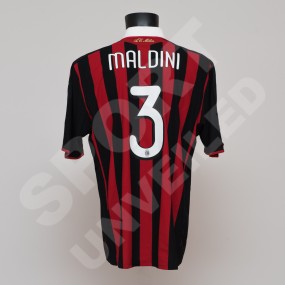 Special jersey with logo worn by Paolo Maldini during his last official match, which he played in San Siro (Milan vs. Roma) on 24 May 2009. 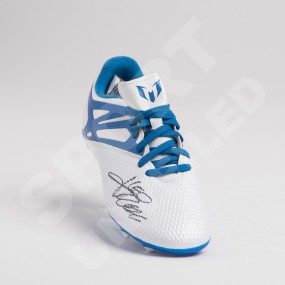 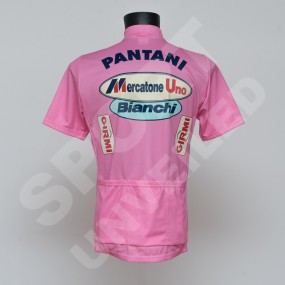 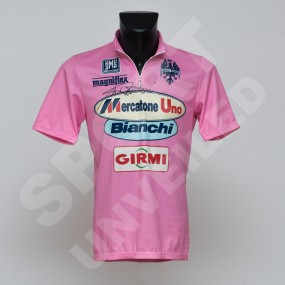 With Sport Unveiled, you can rent unique and extraordinary sports memorabilia for public and private exhibitions. 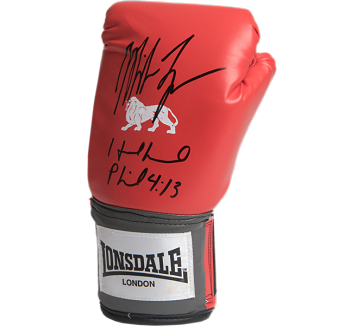 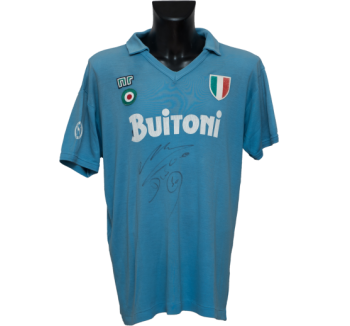 Do you love your team? Tell the story of your favourite champion through rare memorabilia. 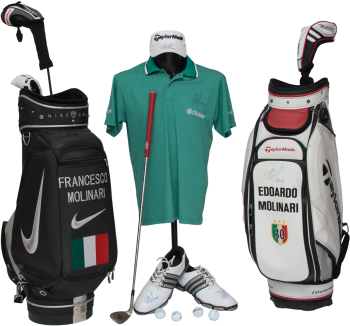 Improve your company’s image by means of a sports icon.